The Blackhearts Guide to Stout 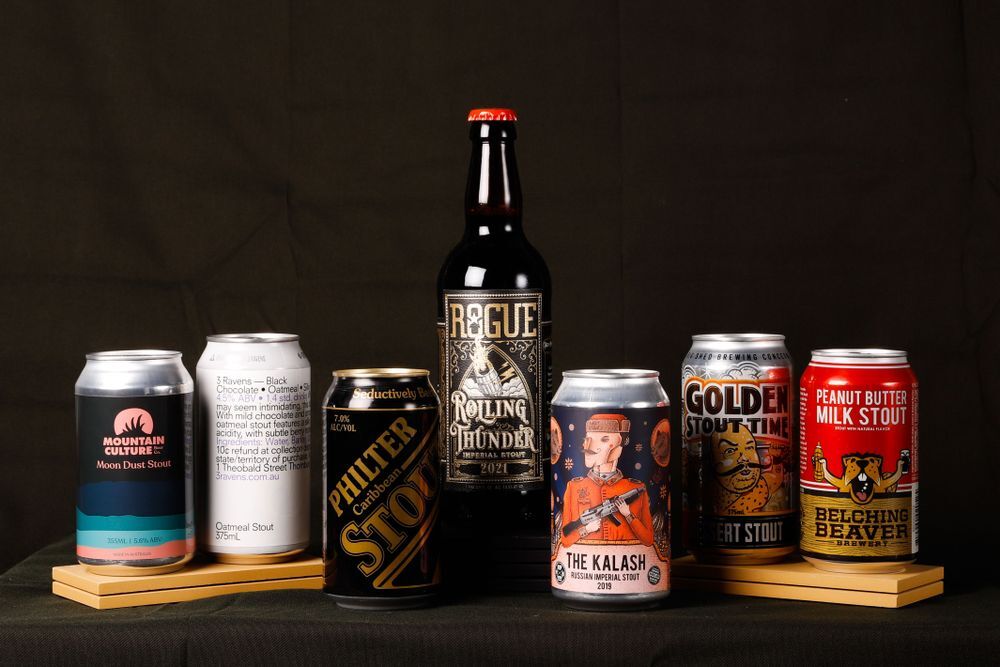 The Blackhearts Guide to Stout

There’s something about a pint of dark beer on a gloomy day that has an almost magical ability to elevate one’s mood, but what is it about this iconic beverage that makes it so distinctive? And what makes it so different to other beer styles?

by The Blackhearts Crew

The onset of winter brings with it many things – sweaters of questionable fashion taste, #takemeback Instagram posts of summer holidays been and gone, and the crushing envy of your friends lapping up the sun in the opposite hemisphere, to name just a few.

Winter is also a chance for us to revel in our beloved creature comforts and, for us at Blackhearts, few things mark the onset of colder weather like the popularity of Stout beers in our stores. There’s something about a pint of dark beer on a gloomy day that has an almost magical ability to elevate one’s mood, but what is it about this iconic beverage that makes it so distinctive? And what makes it so different to other beer styles?

In this article, we’re going to give you the lowdown on all things dark beer so that you can feel a bit more confident when getting aboard the Stout train this winter. We’ll also give you a crash course on the history of this infamous beer style, as well as a rundown on the various types of Stouts you might encounter in our stores. Pour yourself a glass of the good stuff, and let’s get started!

What is a Stout Beer?

Stouts are a type of dark beer that has a rich and robust flavour. They can vary from brown to jet black in colour, and can be dry, sweet, hoppy, and/or high in alcohol. Stouts are essentially a type of Porter, but not all Porters are Stouts. Confusing, huh? Allow us to break it down for you!

In the early 18th Century, dark beers were becoming increasingly popular in London. These beers were typically cheaper, stronger in flavour, and less susceptible to spoilage and heat damage. The beer of the people, if you will! Couriers, or ‘porters’ as they were known back then, took a particular fancy to this beer style and over time the name association stuck.

Stronger forms of Porter, brewed to be aged or transported, began being referred to as ‘stout porters’, and soon enough they were being exclusively referred to as Stouts. These beers were very popular across the British Empire, particularly among the Irish who sought to start local production. One man in particular by the name of Arthur Guinness started brewing Stout at a facility in St James’s Gate in Dublin and – well, we never heard of him again (kidding)!

It was such a success that at one point it was the most widespread style of beer in the world, with its popularity booming across the British Empire as well as in Europe and Russia. Different styles of Stout were defined as people began to experiment with the style, and recipes took on the preferences of the region they were being brewed in. The common thread that united all these styles, however, was the unmistakable dark colour and full, rich body.

Why is Stout Beer Dark in Colour?

In order to talk about the colours of Stout beers, as well as other malt-driven beer styles, we first need to talk about what malt is.

The malting process is a way to access the nutrients and starches inside grains so that they can then be converted to fermentable sugars. Malting can be broken down into the following processes:

The temperature and duration of the kilning process determines the colour and flavour of the beer. Lighter roasts result in pale coloured malts (did someone say pale ale?), and darker roasts result in deep, rich colours with more intense flavours. This is where the infamous colour of dark beers is created! If you’ve ever wondered why so many tasting notes for dark beers mention coffee flavours, it’s because the malted grains have undergone essentially a similar process to coffee roasting (aka a maillard reaction!)

So, now that we know how Stouts are made, what are the different types you might find? Here are some common styles that you might encounter:

And there you have it, folks! There’s a Stout out there for everyone, so when the mercury starts to drop this winter, you’ll always have a friend by your side in a glass of dark beer. You can shop our full range of Stouts on our online store (link to stout category), or pop into your local Blackhearts & Sparrows store and speak to our friendly staff – we’re always happy to geek out about beer with you!